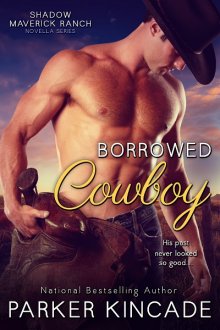 Paxton Mathis is committed to bachelorhood. One failed marriage was more than enough to remind him of the dangers of getting too close. He has his work on the ranch; he has his family. He has everything he needs.

Event planner Reese Jameson accepted the job at Shadow Maverick Ranch for one reason: to face her biggest regret. Paxton Mathis was her first love, her first everything. And ten years ago, after a night of unbridled passion, it all came crashing down.

The moment they see each other again, it’s clear the years haven’t doused the heat between them. On the contrary, their flames burn hotter than ever. Despite Paxton’s attempts to keep things casual, old feelings emerge alongside a fierce hunger to keep Reese in his life forever. Reese willingly accepts Paxton’s need to keep things casual, but she’s worried her heart won’t get the message.

When Paxton is forced to face his fears, will history repeat itself, or will he take a chance on a whole new future?

Pax made good on his promise to call.

He called every night for a week, so when her phone rang late on Friday night, Reese wasn’t surprised.

“Hi, beautiful. You home yet?”

She experienced a rush of pleasure at hearing his voice. Reese turned her key in the lock. The man had impeccable timing. “Walking in now.”

She tossed her purse and keys on the narrow counter that served as a pass-through to her kitchen.

“Without a hitch.” She’d been planning the fundraiser for a local children’s hospital for months. “They raised a lot of money, and I found the perfect caterer for Gavin and Lauren’s wedding.”

“I’ve been hesitant to mention them to Lauren. They were highly recommended, but I’ve never seen them in action until tonight. The food was delicious, and perfect for what Lauren envisioned. I won’t bore you with the details. What did you do today?”

“You never bore me, darlin’. You wanna talk boring? I spent a good part of the day in the office with Gavin.”

She snickered. “In the office?” As memory served, Pax hated anything to do with paperwork. Or being cooped up inside. He preferred fresh air and wide-open spaces.

“Not my favorite thing to do, but sometimes, a necessary evil. There’s a neighboring property we’d like to buy. We had a conference call with our dad this morning. Sort of a status update, I guess you could say. Then I spent the next few hours going over land surveys and next year’s breeding schedule. Tedious stuff.”

Right. Tedious. He loved every minute of it, just as she loved her work. “Are your parents enjoying their vacation?”

Reese made her way to the bedroom. She kicked off her heels, shouldered the phone, and worked the sheer pantyhose down her legs. Wearing pantyhose on a hot Texas night should be a crime. She sat on the edge of the bed and flexed her toes, groaning as her muscles cooled and relaxed.

“They are.” Pax’s voice turned sultry smooth. “What are you doing?”

She fell back on the bed. “I’m reveling in being out of those shoes. And don’t get me started on the pantyhose.”

“If I were there, you’d be out of more than just your hose and shoes.”

Her body reacted to his threat, heat pooling between her thighs. “Promises, promises.” 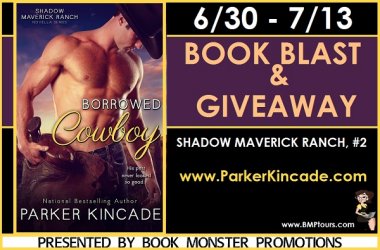 Reese ran a hand over her breast. God, she missed him. Their work schedules had made getting together impossible over the last week. They had their date for Mrs. Sinclair’s seafood boil tomorrow, and it couldn’t come soon enough. Reese was counting down the hours until Pax picked her up.

The night of Patrick’s death had haunted her for so long. She felt lighter, happier than she had in years. Reese never dreamed they’d be in this place. She and Pax. Rediscovering the connection between them.

Their nightly conversations had been tame. A ritualistic check-in at the end of each day that screamed relationship. They’d begun to get to know each other again, which seemed odd considering in the two times she’d seen him, he’d made her come more times than she could count.

Leave it to them to do things backward.

Pax continued to avoid the topic of his marriage and Reese didn’t push. She’d figured out most of it on her own, anyway. Reese hadn’t been entirely forthcoming, either. She’d never been married, but she’d been asked. Recently. Pax deserved to know, but how does one go about saying Hey, this guy I refused to marry keeps calling…

Yeah, not so easy when the man she loved was looking for a reason not to trust her. Whether he realized he was doing it or not.

One day, he’d trust her to protect his heart. The last thing she wanted to do was give him a reason not to.

Reese filled her lungs, prepared to broach the subject.

He’d be cool. Pax would see the situation for what it was. Reese wasn’t interested in Todd or anything he had to offer. Pax owned her heart. Okay, so she wouldn’t share that last part. Call it a defense mechanism. Whatever. Her heart wasn’t a card she was ready to play.

“Tell me about the dress you’re wearing. I assume you’re in a dress?”

Pax’s words startled her back to the conversation. “Well … yes. For the moment I am. A cocktail dress. Simple. Nothing flashy.” She was often expected to attend the fundraisers she planned. She dressed the part, but preferred to stay on the sidelines to make sure everything went as scheduled.

And she’d just lost her opening to a conversation that would now have to wait. Not for long, though. Soon.

“It’s just a dress. Spaghetti straps. Modest…” She glanced at her cleavage. “…modest-ish. Black and turquoise. That’s sort of a green—”

“I know what turquoise looks like. Keep going. Is it a long dress?”

He growled. “How short?”

Reese hummed into the phone, warming to his game. “Short enough.”

Her stomach clenched at the demand. “What?”

Gavin Mathis is ready to settle down. He’s quit his job and come home to Shadow Maverick Ranch to do just that. Too bad his decision caused his beautiful former colleague to lose her job.

Lauren Delgado is a no-nonsense businesswoman. She’s had a crush on Gavin for years, but has a strict “hand-off” policy with the men she works with. When her life takes an unexpected turn, there’s nothing to stop her from accepting his invitation to Galveston Island, where the policy is definitely hands-on.

This contest is sponsored by a third party. We are just posting their contest on Night Owl Reviews so our users know of the contest. Prizes are given away by the sponsors and not Night Owl Reviews. The sponsor is solely responsible for the contest prize and winner selection.

Parker lives in the southern United States. She loves to read, play golf, spend time with her family and friends, snuggle with her beloved boxer, ice cream from the ice cream truck, and watching old musicals.