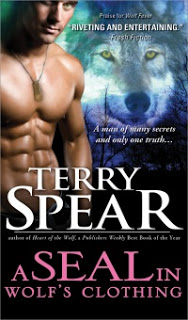 Merging the Alpha Wolf with the SEAL

Enter to win one of 2 Print copies of A SEAL in Wolf’s Clothing!

***
Merging the Alpha Wolf with the SEAL
by Terry Spear

Does merging the alpha wolf with a military man—in this case a hot blooded SEAL—make the werewolf even hotter?

Well, if you look at the cover, what is your opinion? I’d say Finn Emerson and his six-pack abs and dog tags make the man…SEAL…wolf definitely hotter.

Men in the military have to be in good shape. Make him a SEAL and he has to be in GREAT shape. Being in great shape means increased STAMINA.

Ah yes, what every woman desires, a man in great shape with lots and lots of stamina! Just think, you’re injured, he can carry you to safety. He can protect you much better from a relentless enemy. And well, when the lights go out, there’s even more use for all that pent-up stamina!

A military man is used to maneuvers. The more, the better.

He’s used to harsh conditions. With you in his life warming things up a bit, he won’t require much to be in wolf heaven.

He’s great at making plans. They might not work out, but hey, he’ll come up with another on the spur of the moment.

He’s fearless in the face of danger, and he’s overprotective of the woman in his care. If he can use a weapon in his human form besides his teeth when he’s a wolf, he’s the ultimate bodyguard.

Honor, pride, and loyalty are part of his makeup, which for an alpha wolf go hand-in-hand with the trade of the military man.

He’s a leader of men, although an alpha she-wolf will have her say, and he’d better be listening.

In uniform or without, a military man who is also a wolf, is all wolf.

A military man is trained in survival techniques, so if you’re caught in a storm, have no electricity, need more warmth, he can provide that and more! No electricity to cook a meal? He’ll take care of it.

Having successfully accomplished a number of obstacle courses, confidence courses, and leadership reaction courses, first aid training, not to mention survival training, a military man is ready for any eventuality. Need some mouth to mouth? He’s got it under control!

When I think of the difference between oh, let’s say, a bodybuilder, who strictly builds that buff body to show off, and a military man who actually puts it to good use, is there any doubt which a she-wolf would prefer?

So even though Meara Greymere is not about to play around with her brother’s SEAL team member when she’s all about finding a mate…who knows what will really happen when the lights go out and SEAL Finn Emerson has got to protect her?

What do you think? Does merging the alpha wolf with a military man make the werewolf even hotter?

Her instincts tell her he's dangerous...

While her overprotective brother's away, Meara Greymere's planning to play—and it wouldn't hurt to find herself a mate in the process. The last thing she needs is one of his SEAL buddies spoiling her fun, even if the guy is the hottest one she's ever seen...

His powers of persuasion are impossible to resist...

Finn Emerson is a battle-hardened Navy SEAL and alpha wolf. He's a little overqualified for baby-sitting, but feisty Meara is attracting trouble like a magnet...

As the only responsible alpha male in the vicinity, Finn is going to have to protect this intriguing woman from a horde of questionable men, and definitely from himself...

Experience the sensual, action-packed, critically acclaimed world of Terry Spear, author of a Publisher's Weekly Best Book of the Year… 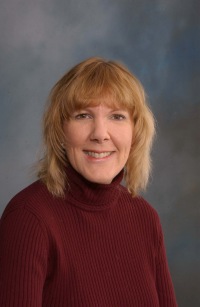 Terry Spear has written a dozen paranormal romance novels and two medieval Highland historical romances. An award-winning author, Terry’s Heart of the Wolf was named a Publishers Weekly’s Best Book of the Year in 2008. A retired lieutenant colonel in the U.S. Army Reserves, Terry Spear is a librarian by day and spends every spare moment writing paranormal romance as well as historical and true life stories for both teen and adult audiences. Spear lives in Crawford, Texas, where she is working on new paranormal romances! For more information, please visit http://www.terryspear.com.

Just comment on the post below and leave the first bit of your email address. You do need to be a NOR Newsletter / Fan Club subscriber to enter. USA Postage Only on shipped items. Ends - 3/16/2012