Fall in Love with this Epic, Sweeping Romance

Join us today to read some awesome excerpts and enter a contest.

Fall in love with the epic, sweeping romance of Bittner's beloved Outlaw Hearts, called by New York Times bestseller, Heather Graham "a wonderful, absorbing read, with characters to capture the heart and the imagination".

United by chance, bound by fate, consumed by passion.

Miranda Hayes has lost everything-her family, her husband, her home. Orphaned and then widowed, desperate to find a safe haven, she sets out to cross a savage land alone...until chance brings her face-to-face with notorious gunslinger Jake Harkner.

Hunted by the law and haunted by a brutal past, Jake has spent a lifetime fighting for everything he has. He's never known a moment's kindness...until fate brings him to the one woman willing to reach past his harsh exterior to the man inside. He would die for her. He would kill for her. He will do whatever it takes to keep her his.

Spanning the dazzling West with its blazing deserts and booming gold towns, Jake and Miranda must struggle to endure every hardship that threatens to tear them apart. But the love of an outlaw comes with a price...and even their passion may not burn bright enough to conquer the coming darkness.

She opened her eyes and managed a weak smile.  “You have a son,” she whispered.

No.  He couldn’t think about that.  He couldn’t really have a son of his own.  It was all so unreal.  Maybe if he didn’t look at the kid, this would all just go away.  “You hang on, Randy.  Don’t you dare leave me with a kid to raise on my own. You know I can’t do it.”

He put his hands to either side of her face and bent down to kiss her forehead.  “You listen to me.  I love you like I never thought I could love another human being.”  He felt a lump rising in his throat, a desperate fear at the thought that he could lose her.  “I need you, Randy, and you know all the reasons why. Don’t you go and die on me, you hear?  If I lose you I’ll go right back to that old life.  You don’t want me to do that, do you?”

He brushed her cheek with his own, tears forming in his eyes.  “Damn it, Randy, don’t  you leave me.  Don’t you dare leave me!”

Jake straightened, looking over at the cradle … finding it difficult to picture a child of his own lying in it.  Why did he dread this?  What if he really did love the child?  … That meant he couldn’t bear for anything to ever hurt the child, especially not his past.

The sins of the father are visited upon the son. He remembered hearing a street preacher shout that once back in Missouri, recalled how he had applied those words to his own father.  And look how he had turned out, just as mean and unfeeling and murderous as his father.  To think his own past could somehow scar his son.

Do Not Forsake Me - Outlaw Hearts, #2

Experience the epic, sweeping story of Jake and Miranda Harkner from Bittner's beloved Outlaw Hearts, called by New York Times bestseller Heather Graham "a wonderful, absorbing read, with characters to capture the heart and the imagination".

Fate brought them together. His past may tear them apart.

Miranda Hayes' life was changed the day she faced down infamous gunslinger Jake Harkner...and walked away with his heart. Their fates have been intertwined ever since. Hunted by the law, fleeing across a savage land, their desperate love flourished despite countless sorrows. Now, twenty-six years later, their family has finally found some measure of peace...balanced on the knife's edge of danger.

Jake has spent his years as a U.S. Marshal atoning for sins, bringing law to the land he once terrorized. But no matter how hard he fights the demons of his brutal past, the old darkness still threatens to consume him. Only Miranda keeps the shadows at bay. But when outlaws looking for revenge strike a fatal blow, Jake risks losing the one woman who saw past his hard exterior and to the man inside.

He always knew there'd be the devil to pay. He just never realized he might not be the one to bear the ultimate price.

He met her mouth hungrily, his words spoken amid deep kisses.  “If I wasn’t so needful of being inside you right now, I’d be tasting a lot more than your breasts.”

Randy’s smile faded to pleasure as his hands began searching just the right places that he knew awakened her womanly needs.  She couldn’t help thinking how nice it was to be married to a man who knew every way there was to please a woman.

“Who do you belong to?”  It was a ritualistic question he always asked before making love to her.

“Jake Harkner,” she answered, the words mumbled amid a searching kiss.

“And I’m just claiming what’s mine.”

Randy closed her eyes and breathed in the scent of him, leather and fresh air and … man.  She couldn’t think of another word for it.  Just man.   She took great satisfaction in giving this man who so sorely needed to be loved every enjoyment he wanted.

This giveaway is now over.

I live in rural Southwest Lower Michigan, about five minutes from Lake Michigan. My husband Larry and I have been happily married since October 2, 1965. We graduated from high school together in 1963 but didn't date until after high school. We have both lived in this area all of our lives, and have two sons, three grandsons, three step- grandchildren, and two step great- grandchildren all in the same area. I love living in “small town” America, where people pray and sing hymns and neighbors know their neighbors!

Larry and I are fortunate to be able to travel to most of the locals where I set my books, and we purchased a condo in Las Vegas in 2005. That is our retreat when Southwest Michigan winters get a little too intense, and also provides a "western base" for our travels. 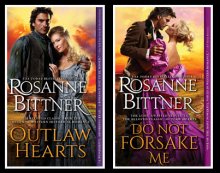