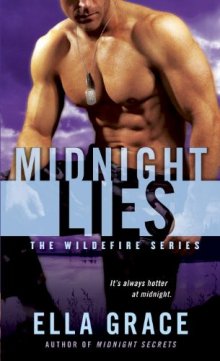 Update Your NOR Contest Passport SHIPPING ADDRESS - REQUIRED FOR ENTRY!

USA ONLY / NO PO Boxes

The Wilde sisters of Midnight return in this thrilling novel of romantic suspense, perfect for fans of Maya Banks, Allison Brennan, and Lori Foster.

The winds of fate have blown cruelly on a family that once had it all: money, power, prestige. The lives of three beautiful daughters were forever changed when, on a sultry night in Midnight, Alabama, a murder-suicide shattered the Wilde family. The girls grew up to live separate lives but now have returned home, each to face a danger no one can see coming.

Former homecoming queen Samantha surprised everyone by going into law enforcement, but beneath her tough façade lies a wary heart. The tragedy that struck her family is an ever-present reminder that nothing is ever as it seems. When the man she loves, Quinn Braddock, a doctor and Iraq war veteran, is accused of murder, Samantha assumes the worst. Brokenhearted, her confidence shattered, she returns to Midnight. Though exonerated, Quinn still feels the sting of Samantha’s doubt, but he can’t forget his feelings for her and follows her. Soon after his arrival, a shocking murder terrifies the town, and once again, Quinn is under suspicion. This time, Samantha will not turn her back on the man she loves—even if it means walking into a killer’s trap.

Ella Grace is a writer of steamy southern suspense, wife, mother of five fur-kids and one reclusive turtle. She loves to write, read, cook the occasional meal, go to the movies and travel when she can. She's thrilled to be writing a series based in her home state of Alabama.